Finding Yield When Fed Rates Are Near Zero

A Review of Recent Events

In response to the growing novel coronavirus crisis in the U.S., the Federal Reserve enacted two emergency rate cuts less than a week apart, bringing the key short-term rate to near zero. The Fed was attempting to stimulate the economy in order to compensate for the widespread disruption the virus is already causing, which is likely to increase. Meanwhile, the ECB and Bank of England both took measures to stem the economic impact of the virus. Already low interest rates are being pushed lower.

The initial cut was the first emergency rate decrease since 2008, and with rates now near zero, we are back to rates not seen since the GFC. The 10-year U.S. Treasury yield, which had already fallen more than 150 bps from 2.58% since the end of 2018, broke through its 1.00% floor. 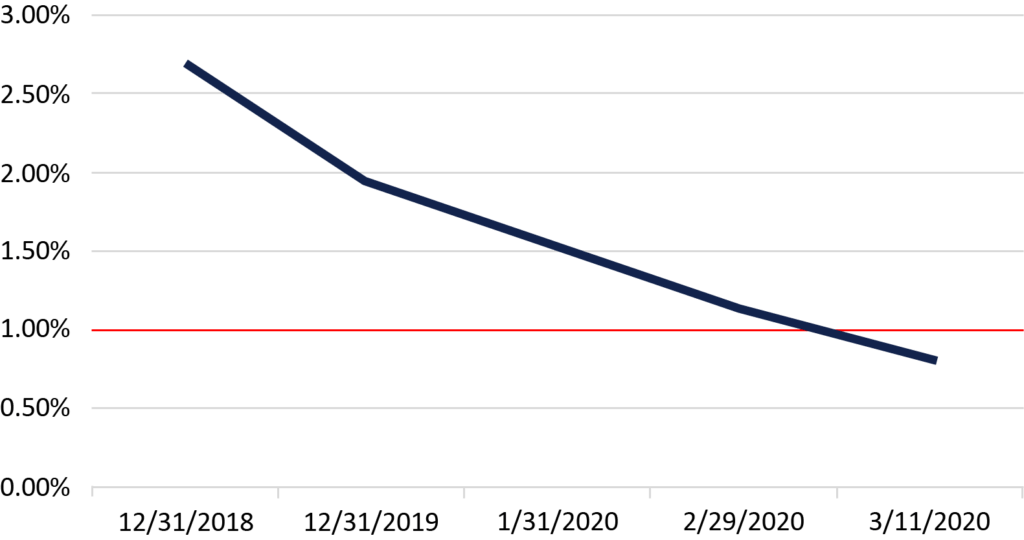 It’s not only Central Bank action causing rates to decline. Market activity is pushing yields lower. The recent volatility spike resulted in investors fleeing to risk-free assets, which put further pressure on yields as bond prices were bid up.

In another echo of the lessons learned in 2008, the Fed has moved quickly to shore up liquidity in the credit markets by announcing a new round of quantitative easing. It also moved decisively to provide liquidity by effectively removing the stigma of using the discount window. The rate of emergency lending was cut by 125 basis points, to 0.25% (as of 3/15/20). In recent days, the Fed has announced two additional emergency lending programs intended to assist the commercial paper markets.  A look at the similarities to 2008 – and the differences, as far as we can identify them so far, is instructive.

The biggest difference is that the economy as a whole was healthy before the crisis. The systemic risk we saw in 2008, with broad-based issues across every asset class, doesn’t exist here. Nor does the catastrophic balance sheet weakness of the financial institutions that underpin our system.

Because of the global nature of this disruption, the biggest risk to our economy is the trickle-down effect of all of us staying in our homes and social distancing. The precautions and restrictions now being imposed will hopefully “flatten the curve” enough to keep our health care system from being overwhelmed. But the impact on the businesses and the consumer spending that have been propping up growth will be dramatic and could potentially result in a recession.

The wild card is the shape of a Government stimulus package. This time around, instead of just providing relief for large corporations, we’re now in a world where politicians from both sides are united in calling for one-time cash payments to every American adult.

The other immediate concern is the unprecedented level of volatility, and it’s not confined to the equity markets. Credit markets are seeing huge swings too. And because we still don’t know the exact shape of this crisis – and likely won’t for as much as another month – the markets remain vulnerable to the news cycle.

The Fed’s actions were prompt, and they went further and faster than they did in 2008 to cut rates and keep liquidity in the system. Markets still dropped. At some point, as we get used to the new reality, volatility will decrease and the markets will stop punishing everyone, deserved or not.

How to maintain a credit portfolio that can not only continue to provide income but can also be positioned to capitalize on the dislocations? The question isn’t just where to find yield – there is also a trade-off to consider. High yield corporate bonds, partly due to their positive correlation with equities, are experiencing price declines which are driving yields up – but is the increased risk of these sub-investment grade unsecured securities worth it? And beyond the risk of the securities themselves, overweighting a portfolio to high yield decreases portfolio diversification

Taking a broader view across the modern credit spectrum by including public as well as private credit assets provides more options for investors. Since 2008, the private credit market has vastly expanded as a source of liquidity for companies that make up a big part of both the U.S. and European corporate landscape. There are sub-investment grade credits that can offer increased yield and because they are typically structured as senior secured loans with collateral backing, may provide downside risk mitigation. 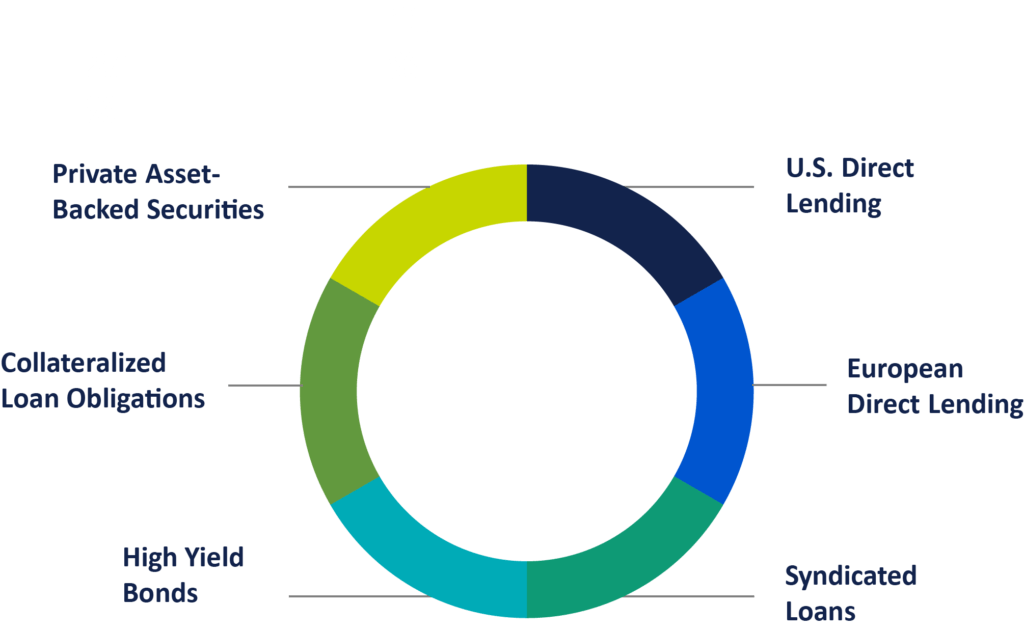 Income-oriented instruments that are not publicly traded, and therefore do not directly experience daily fluctuations in the public markets, can provide a source of diversification as they have low correlation to equities or global bonds. In addition, because they are not readily tradeable, they allow shareholders who can hold illiquid investments an opportunity to capture an illiquidity premium.

We believe there is a place in an income-oriented portfolio for both risk-free assets such as U.S. Treasuries and higher risk publicly traded assets, as well as privately held assets. The key to finding yield is flexibility. The ability to move among asset classes and position defensively, as well as take advantage of market dislocations when they arise can help to create a portfolio in which risk is commensurate with return, and diversification helps to provide a consistent income stream.

November 2021 Credit Market Update:
A Funny Thing Happened on the Way to 2% Yields.