Edition 12: Volatility Swoops Back In

Signal Strength: Mixed.
After a good start to 2020, the last two weeks of January were marked by growing fears about the coronavirus, as equity markets dropped and a flattening yield curve once again raised recession fears.

Stocks started January with positive momentum, continuing the trend from last year’s strong performance. However, by mid-month, the global impact of the coronavirus became clear and markets turned negative for the last two weeks. As the World Health Organization declared the virus a public health emergency of international concern, investor concerns resulted in the biggest equity market pullback since October. The CBOE Volatility Index or VIX (the so-called “fear index”), jumped more than 36% in January.

The flight from riskier assets resulted in a flattening of the yield curve as the 10-year U.S. Treasury yield dropped from 1.88% on January 2nd to 1.52% by month-end. It inverted against the 3-month Treasury bill, which was yielding 1.55%. This marked the lowest level for the 10-year Treasury in five months. The re-inversion of the curve, of course, raised again the specter of recession.

The Fed was able to reassure skittish investors. It kept rates unchanged as Powell’s statement noted that the coronavirus threat has not altered the Fed’s monetary approach. Further, the Fed announced that cash injections into the repo market would continue “at least through April.” The initial estimate of fourth-quarter U.S. GDP growth came in at 2.1%, extending a recent run of modest quarterly gains. GDP growth suggests that the economy has some runway left and that the Fed will continue to remain neutral.

Economic growth in private middle market companies has slowed along with the economy – but is still significantly outpacing the S&P 500. The Golub Capital Altman Index (“GCAI”) measures the median revenue and earnings growth of more than 150 private U.S. companies. 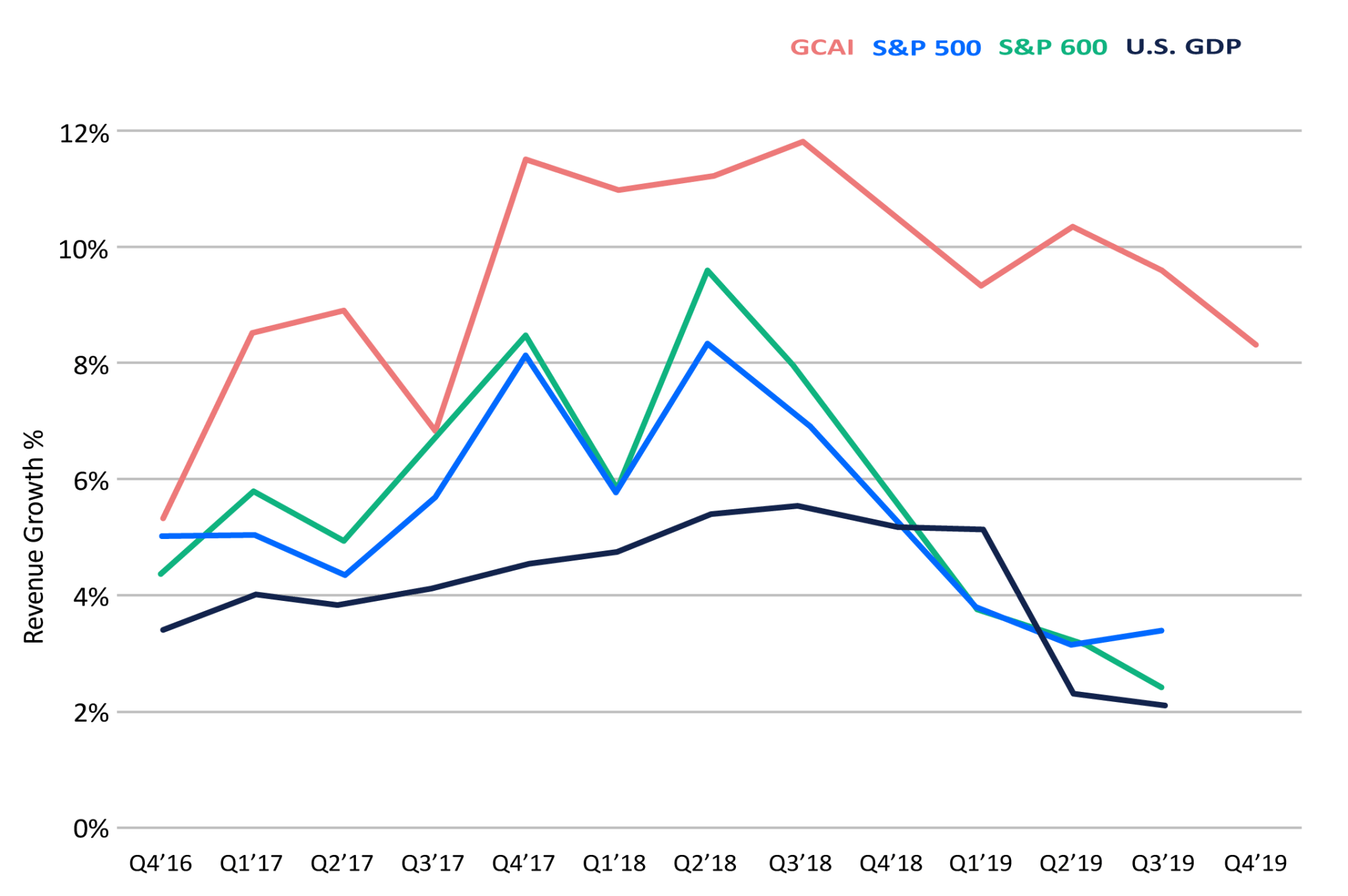 Shortwave: What We're Tracking in February

Private market investments were a hot topic at Davos.

For Valentine’s Day, it’s all about the nuggets.

The retail apocalypse continues, with over 19,000 stores set to close this year.

Our co-CEO, Michael A. Reisner, provides an insightful introduction to our Q1 Outlook.

Volatility is up, and yields are still low. Our new read on non-investment grade assets gets into detail on how they can help provide yield and diversification.

Mitch Goldstein, co-head of credit at Ares Management, dives into its asset allocation process, which involves the entire investment allocation committee, across every asset class.

Commute Longer Than the Signal? We Got You.