Edition 31: The Fed: Apples or Candy?

The Fed: Apples or Candy?
Signal Strength. Sputtering. Equity markets reacted to the Federal Reserve and other headlines. While the risk-off stance didn’t push 10-year yields any further than their June levels, performance across sectors was broadly negative.

September opened with a huge miss to the downside on expectations for the number of jobs created in August. While the equity market managed to shrug that off, the rest of the month was a cavalcade of nervous-making headlines around the ongoing Delta surge, the debt ceiling, and Democratic party infighting. The month closed with Chairman Powell’s pronouncement in his view inflation had achieved his test of “substantial further progress” and that the test for employment is “all but met.”

The timeline around tapering was defined as beginning after the Fed’s November meeting. The dot plot for September showed the FOMC members had shifted in favor of a rate hike in 2022, as opposed to 2023, as was the case in June. This proved too much for an equity market that was already struggling and the market dropped significantly in the last days of the month as the prevailing sentiment turned to “risk-off”. Treasury yields rose – but not as high as they might have, given the uncertainty around tapering.

In an exact reversal from last month, only one of the eleven S&P 500 Index sectors was positive. Energy didn’t hesitate to rub it in and was up 9.28% for the month, marking its 38.35% year-to-date return as the best performer in the index. For the other ten sectors, the ranking is just about which sector declined less than everyone else. Financials fell least for the month and held onto a gain of 2.29% for the quarter. Consumer Discretionary declined 2.62% but stayed just positive for the quarter at 0.15%.

For the second month in row, most fixed income sectors were negative for the month. The 10-year U.S. Treasury rate at 1.50% is still below the levels seen in March, but the 5-year rate at 0.98% reached its highest level since February 2020, just prior to the pandemic. Investment-grade corporates posted a -1.05% return for September and a year-to-date return of -1.27%. High yield corporates ended the month of September flat after a final week of negative performance.

Inflation projections have increased, and they are a concern across all credit sectors as higher inflation may hamper growth. The middle-market, where most private debt loans are made, is no exception. However, the National Center for the Middle-Market has tracked data from 2012 – 2019 and found that mid-size middle market companies grew average revenue by 6.5% and employment by 4.3%. Large businesses had 3.5% average revenue growth and 2.3% employment growth over the same period.

Strong performance in structured credit this year has resulted in record issuance. S&P Global reports that the U.S. leveraged loan market is on a record pace for issuance in 2021. Total institutional loan volume through Sept. 30 is $487 billion, surpassing the prior high for the first three quarters, $405 billion in 2017, and within easy striking distance of the 2017 full-year record of $503 billion.

The Federal Reserve’s indications on the pace of interest rate increases and tapering was widely interpreted as bullish for growth, and rates increased. There’s one problem: So did inflation. Core inflation is now projected to increase 3.7% this year, compared with the 3% forecast in June. 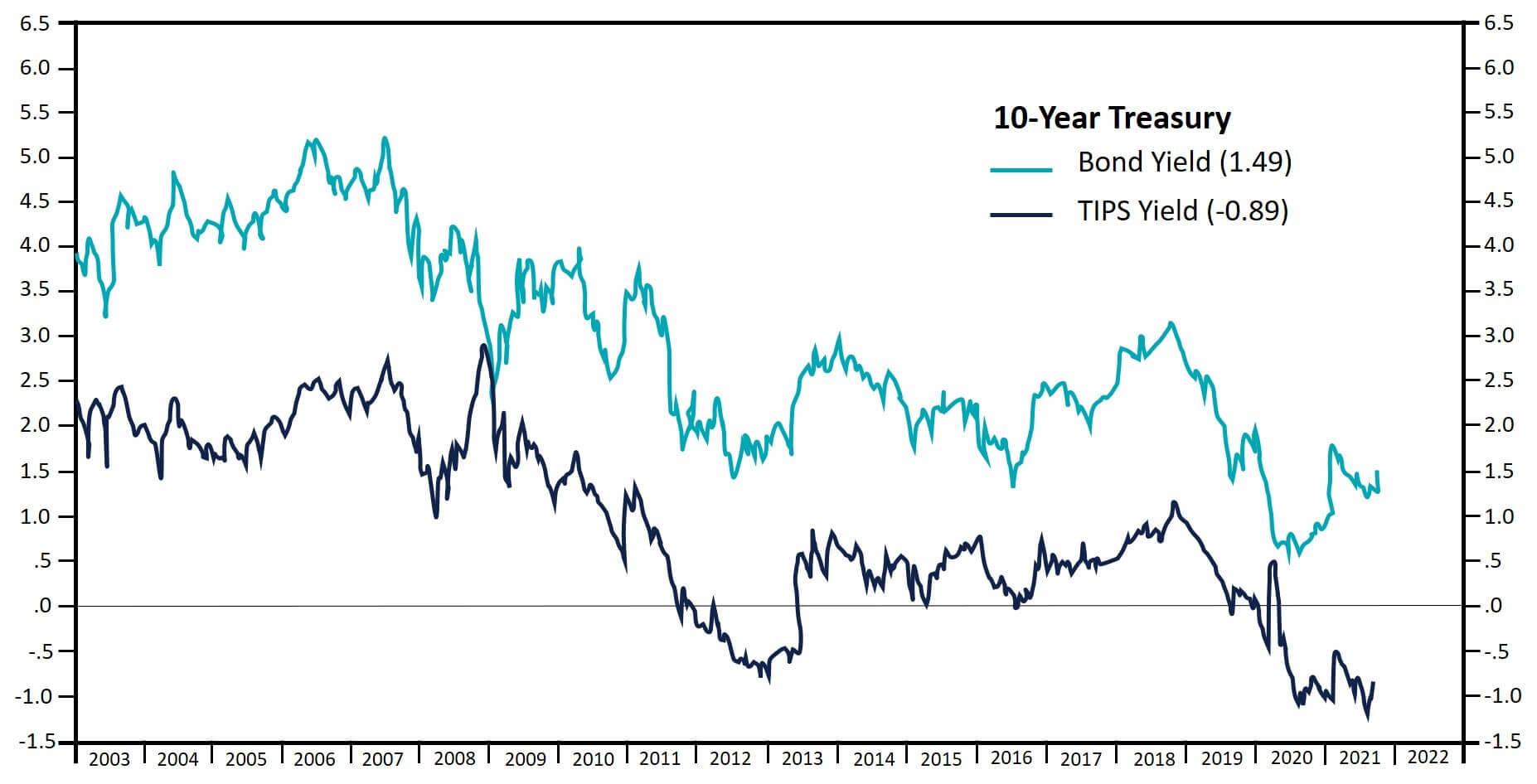 Shortwave: What We’re Tracking in October

The greatest wealth transfer in history is starting to get underway, as Boomers hand wealth down to multiple generations. This short read breaks it down.

The data on employment tends to get boiled down to one or two headline grabbing stats, but there’s a more detailed story. The NY Fed has great short piece that provides a deeper look.

Cows are doing their part for the environment. Turns out they can be potty-trained a lot quicker than humans. Um, would that be “patty-trained?”