Edition 42: Back to the Future?

Back to the Future?

The Fed effectively cut short the July – August bear market rally with some very pointed language at the Jackson Hole Symposium. Fed Chairman Powell emphasized that he wants to avoid 1970s-style entrenched inflation that could result from prematurely ratcheting down rate increases. While inflation is trending down, last summer’s inflation declines were followed by increases in the fall and winter.

The data over the month and into the early days of September was largely positive, which underpins the Fed’s position that more rate increases are needed.

The Bureau of Labor Statistics reported on September 13th that the Consumer Price Index (CPI) increased 0.1% for the month of August, seasonally adjusted. CPI rose 8.3% over the last 12 months, not seasonally adjusted. This is a slight decline from the 8.5% increase in July.

Even with negative performance in August, several equity market indices are above the mid-June bottom. The Dow and S&P are 6.3% and 8.7%, respectively, above their lows. The Nasdaq is 11.8% above its low.

The U.S. high yield market declined 2.39% in August, bringing the YTD return to -11.03%, as measured by the ICE BofA US High Yield Constrained Index. Energy and other commodities, capital goods, and leisure were the best performing sectors. Defaults are currently below historical averages.

Leveraged loans bucked the overall trend of credit sectors in August, rallying strongly early in the month and ending up with a positive return of 1.54%. Combined with July’s positive return, this marks the strongest two-month period since May and June 2020. The S&P/LSTA index is down only (1.01%) year-to-date, compared to the return of the overall fixed income market, as measured by the Bloomberg Barclays U.S. Aggregate Index.

Consumer spending increased by $23.7 billion in July, as falling gas prices only partially offset increased spending in other areas.
July is the most recent data available. 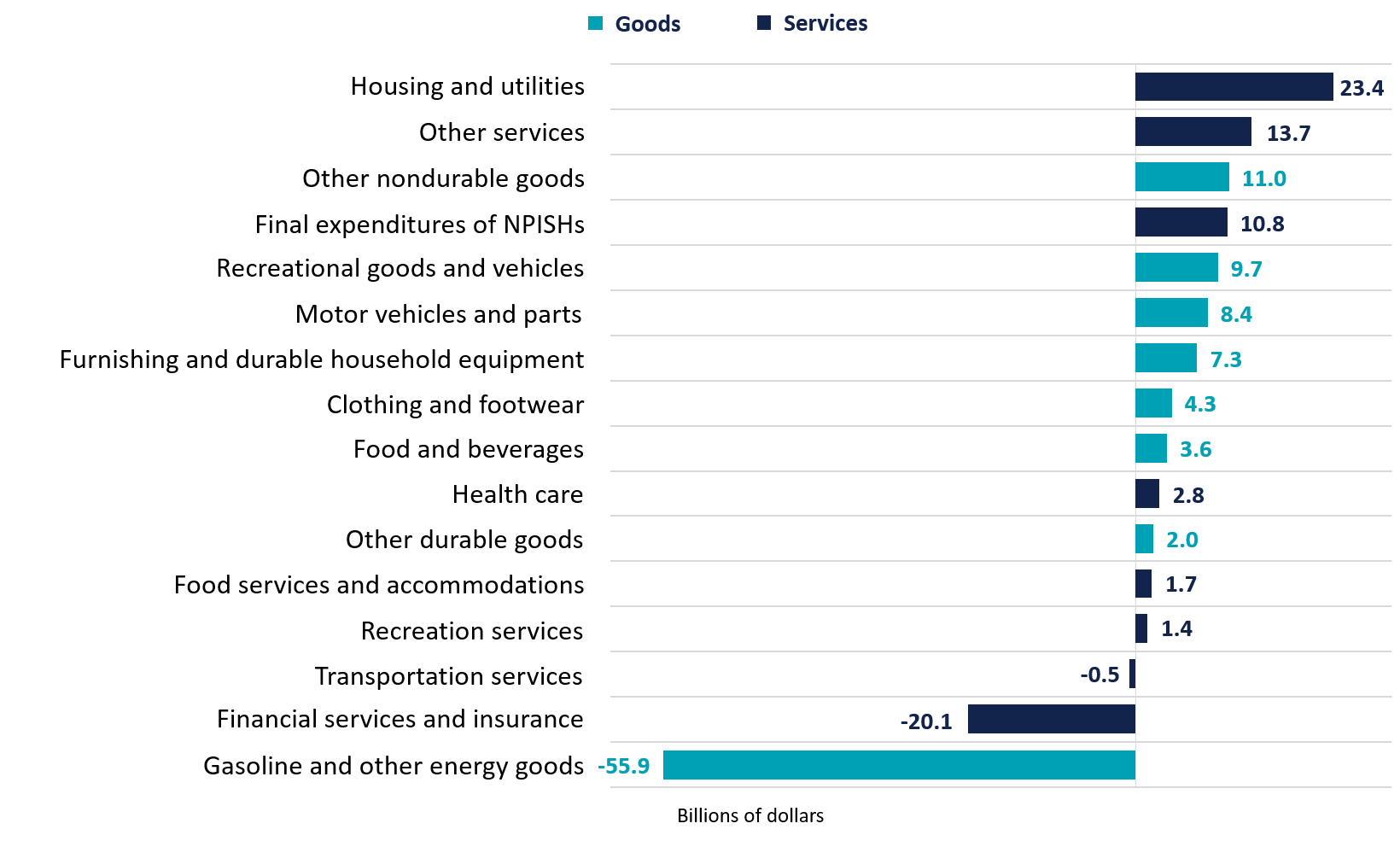 Shortwave: What We’re Tracking in September

The pandemic put a spotlight on the innate flexibility of humans. McKinsey has an ongoing series on what seems revolutionary now but may become part of daily life.

How long does it take a Millennial to save for a home?

It’s the “Commonwealth,” not the Empire, and King Charles III may preside over yet more shrinking.

The Fed isn’t pivoting anytime soon, but as credit markets struggle to find footing, there may be some potentially brighter spots. We dive into the Fed, the markets, and the state of leveraged loans.

Investor demand to expand the credit spectrum is growing. Our piece explains non-investment grade assets and how they may fit in a portfolio.

The housing market has made news all year. Our recent piece breaks down how one sector is changing.